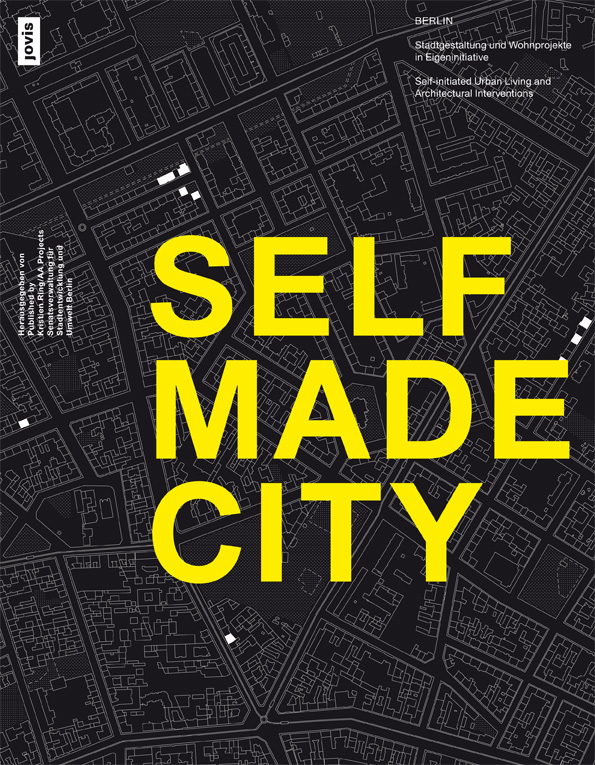 Berlin is thought of as the city of Urban Pioniers, a place where everything is possible and where space can be taken over and transformed in self-initiative. Voids and unused spaces are occupied, old buildings engaged with new program. The self-determined design of space, building, living and working, be it in the form of builder collectives or co-housing, co-op’s, co-working spaces, or other project forms, has produced an architectural diversity and quality in Berlin over the last fifteen years that is exemplary. SELFMADE CITY presents the evolving condition in Berlin, including a survey of over 120 projects, an analysis of the qualities and potentials of these projects as well as 50 best-practice case studies. Which contributions are being made in private initiative for the development of the city and what can be achieved in the future? Which methods and strategies are generating added value? Kristien Ring, AA PROJECTS und Senatsverwaltung für Stadtentwicklung und Umwelt, Berlin (eds.) Softcover with flaps, 21 x 27 cm, 224 pages with num. col. EUR (D) 29.80 SFr 38.80 ISBN 978-3-86859-167-5 2013 ORDERS: JovisVerlag

Background SELFMADE CITY is an initiative of the curator Kristien Ring (AA Projects). SMC is based on the exhibition and publication project „auf.einander.bauen –BAUGRUPPEN IN DER STADT“ (Builder Collectives in the City) that Kristien Ring presented at the German Center for Architecture DAZ in 2007. Over 3000 visitors came to the show durring the eight-week exhibition time period at the DAZ. The publication, published with 2,500 copies, was sold out at Jovis publishers already in 2008. The focus of SELFMADE CITY is not only builder collectives and self-initiated living projects, but includs projects that have helped to define the spirit of the city by transforming the berliner city-scape. For Example: the Prinzessinengärtenin in Kreuzberg or the ExRotaprint-Area in Wedding. The goal of SELFMADE CITY is to present the qualities of these projects, with particular attention given to the design. Preserving the specific potential of Berlin is at stake. The project see for the presentation of an exhibition in Berlin that is accompanied by discourse events, excursions and a prblication that will reach a wide public and, at the same time, further discussion and political decision making. Which qualities have really been materialised through the self-initiative of architects, owners, and other space pioneers? What is the subsistence of future potential concerning Berlin’s urban planning? What are future-oriented fields of work and strategies, or even requirements and conditions that are need for self-initiated spatial design with an aspiration for high quality to continue? Project partner: Senatsverwaltung für Stadtentwicklung, Berlin.