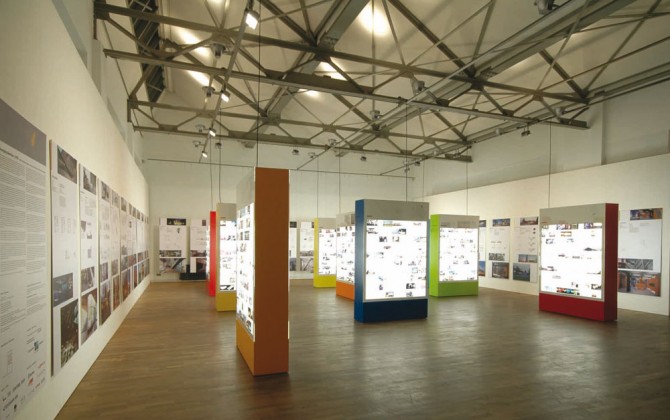 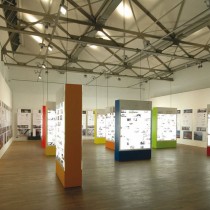 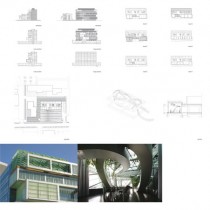 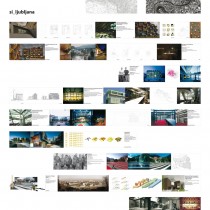 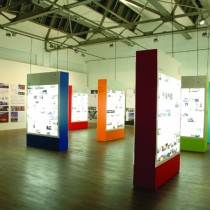 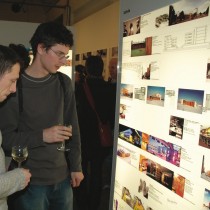 Posted on 5. December 2011 by kristienring

Berlin, Germany may be an ‘Old’ Member of the EU Countries, but stands foremost as the connecting point between the East and the West. It has been, and still is, a city in transition. Therefore it is the ideal place and reference point to deepen dialogue with our neighbours, and to start a journey to the Central and Eastern European cities, with their rich architectural traditions and their new contemporary architectural scene. The focus of this journey, which is documented in this exhibition, is the young generation of architects and their built projects, since they are the ones who will, and are already, shaping the architectural culture in their countries.

Through the common language of built space; trends, positions, goals and cultural developments of a country become readable. The political change in Europe’s Eastern countries has led to a construction boom, therefore increasing the demand and need for architects and building experts. It has fostered and encouraged the development of new architectural offices that were often founded by very young architects, just having finished their university degrees. While the building boom in Berlin is long over and young architects are exploring new fields of activity, it is still continuing or even just starting in the countries East of Germany’s border. Demands of investors are challenging this new generation of architects who are looking for individual and progressive solutions, for ways of integrating global tendencies and regional traditions. This exhibition gives an impression of their answers to those challenges.

The title of the exhibition ‘Emerging Identities’ refers to both the developmental process within the architectural scene of the respective countries as well as to a re-discovery that is occurring from outside. Over a long time period international exchange and communication barely took place and perception was accordingly, very limited. In order to provide a complete overview of all the architectural achievements of the last 15 years of the participating countries, many more architects would have to be mentioned and acknowledged. By concentrating on a young, emerging generation of architects, the goal is to stimulate interest in current affairs of built culture in the participating countries.

This exhibition presents thirty built projects, in detail, on the wall panels. These buildings embody, independently from their country of origin, strong conceptual thinking and consequent implementation of the design concept. These projects are ordered according to building typology, starting with public buildings; museums, galleries, schools and sports facilities, followed by housing; private and social; and finally commercial buildings.

Nine Lightboxes or ‘Country Islands’ provide an overview, introducing young architectural offices with their built projects. Here, it is readable; what and how much is being built in the single states, and in which urban environment. Under ‘Favourites’, participating architects were asked to select a building of relevance from his/her country in order to give reference to precedents and buildings that the young architects find inspiring or noteworthy.

The exhibited projects clearly show that the current architecture of the presented countries develops out of an intense cultural debate fueled by both rich traditions and architectural tendencies at a national and international level. The presented projects do not represent a specific style that can be named, but rather have in common: the clear implementation of convincing conceptual answers to diverse building problems, that are based on a rich architectural heritage.

Emerging Identities -EAST! is an ongoing project. The exhibition will travel throughout Europe in order to underline the goal of international exchange. The two-day opening symposium ‘Positions’ and a country-specific accompanying program deepen certain perspectives. The communication started there and hopefully will be continued in the architectural magazines, galleries and most importantly at the offices of the architects themselves.

Kristien Ring, Initiator and Curator of the Project / Architect, Berlin